Settled mostly by Scotch-Irish sometime between 1732 and 1765, Harrisburg - still home to families that arrived in the 1700s - came by its name from the Robert Harris family and his descendants. Mr. Harris was established on land of his own here in 1766. With the coming of the railroad in the 1850s, the depot took the name of the landowner from whom the right-of-way was purchased, becoming known as Harris Depot. In 1874 the post office underwent a change of name from Harris Depot to Harrisburg.

Due to its proximity to Charlotte and convenient highway access, Harrisburg has developed into one of the top ten most affluent zip codes in the Charlotte region, with population growing from 2,000 a decade ago to over 14,000 today. The Town is known for amenities such as:

Harrisburg is projected to be one of the top five fastest growing municipalities in North Carolina over the next ten years, according to the North Carolina Office of State Budget and Management.

The Town of Harrisburg operates under the Council-Manager form of government.The council is the legislative body; its members are the community’s decision makers. Power is centralized in the 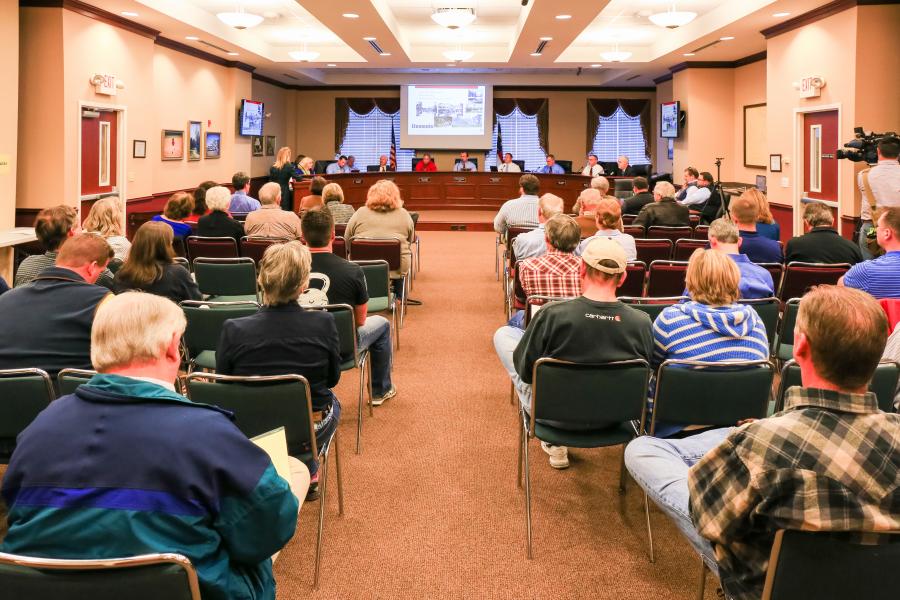 elected council, which approves the budget and determines the tax rate, for example. The council also focuses on the community’s goals, major projects, and such long-term considerations as community growth, land use development, capital improvement plans, capital financing and strategic planning.

The council-manager form of government combines the political leadership of elected officials and the administrative experience of a professional manager. The mayor and members of Town Council set policy and establish the goals and vision of the town, and the manager works towards implementation. It is a system designed to promote effective management with transparency and accountability. Departments managed by the Town Manager and Assistant Town Manager are: