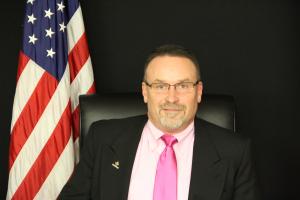 Councilman Ron Smith is serving his second term on Town Council and his first term as Mayor Pro Tem.

Ron volunteers every year with Teach for America and with his church, Rocky River Presbyterian Church. When not attending his children’s sporting events, Ron enjoys playing golf and is excited to be serving the residents of Harrisburg during his term on Town Council.

He has been a resident of Harrisburg since 2005 and has an associate’s degree in computer programming from Savannah Technical College. Ron works in information technology and management systems. He is married with two children who attend public schools in Harrisburg.