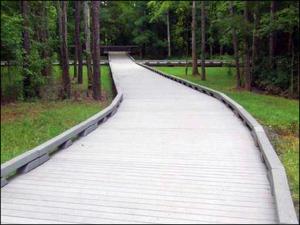 Harrisburg Town Council has adopted a bicycle and pedestrian plan to improve connectivity in Harrisburg through greenway development, sidewalk, and bike lane construction and linking to regional greenways such as the Mallard Creek Greenway and Carolina Thread Trail. The Town and its Council are working to implement the plan.

The bicycle and pedestrian plan, originally developed in 2004, has been updated and Town Council has approved the 2015 Bicycle, Pedestrian and Greenway Plan. The 2004 plan brought over $900,000 in sidewalk grant funding to Harrisburg. It is anticipated that the updated plan will be used to pursue grants and other funding options for increasing the town's network of sidewalks, bike lanes, and greenways.” “Two public input sessions were held to gather community input on expansion of Harrisburg's bicycle and pedestrian network, as well as to determine the location of greenways and facilities. More than 1,000 citizens responded to an online survey posted on this website.”

As identified in the adopted 2015 Bicycle, Pedestrian and Greenway Plan, Town staff has begun the development of an alignment and feasibility study for the Back Creek Greenway. Wirth and Associates have been selected as the firm to conduct this study. The goals of this study will be:

This process has just begun, and a Public Engagement Meeting has been scheduled for October 16, 2018, at 6:30 p.m, located at Harvest Harrisburg Church. The alignment of this greenway would run parallel, and south of Highway 49, along the Back Creek, connecting neighborhoods such as Windsor Forest, Orchard Park and Bridge Pointe, to Hickory Ridge Middle School and High School, Harrisburg Elementary and Stallings Park. The greenway alignment would also produce connections to Harris Square and Town Center via sidewalk connections. Efforts are primarily focused on making the community more walkable and bikeable.

Maps and plan results will be soon available. For more information about the Back Creek alignment or other greenways, please call 704-455-7275 or email Assistant Parks and Recreation Director, Shawn Marble.