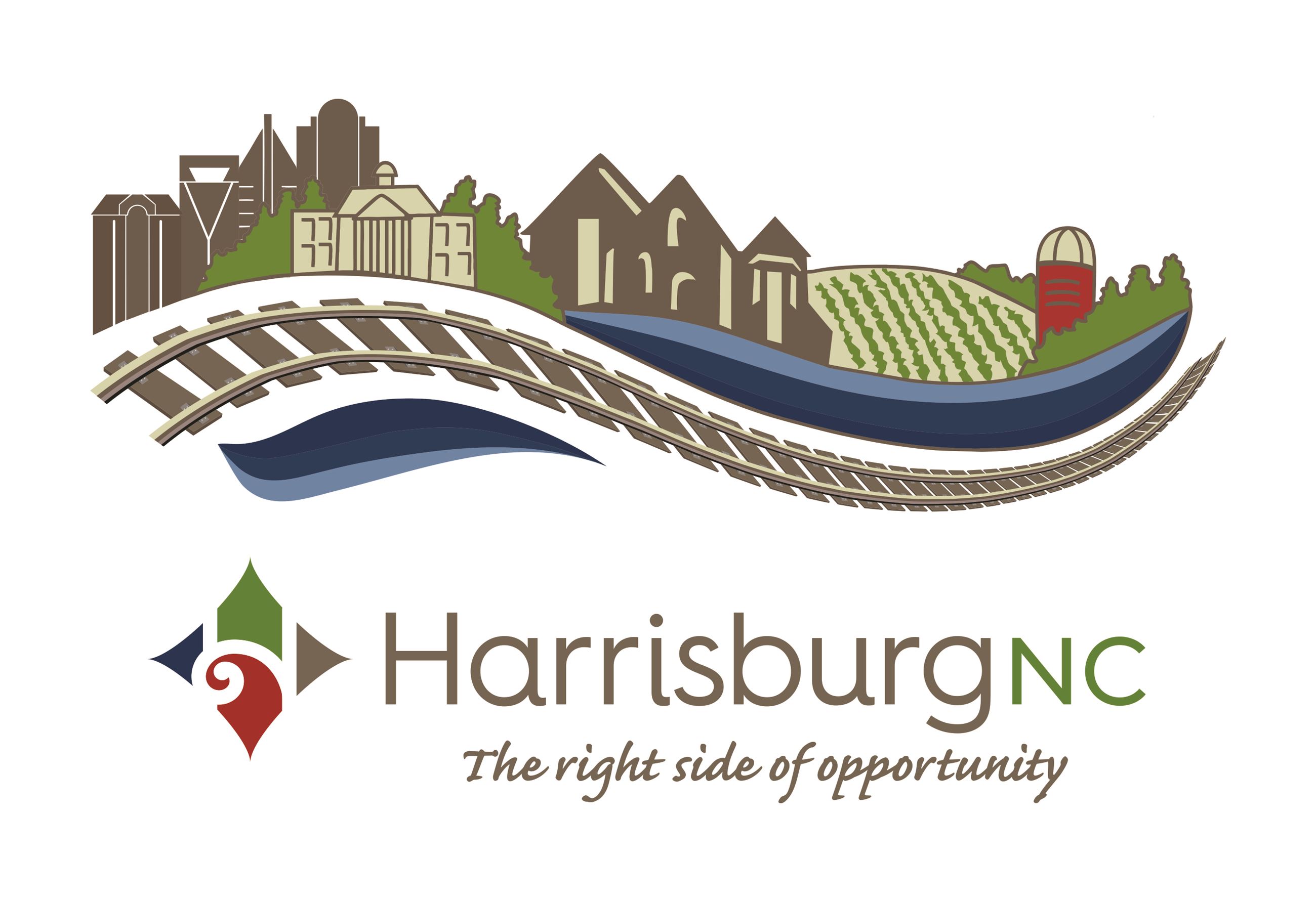 In March 2018, Hickory Ridge High School student Jonathan Andrus proposed that the Town hold a contest to select an official Town of Harrisburg flag. The Town received more than 50 entries from graphic designers, school children and other Harrisburg residents. Town Council, Town staff and Andrus reviewed the entries, reduced the pool to the top five designs and opened online voting for residents. The Town received 1,124 votes on the five flag designs, with “Flag Design #2” receiving the most votes (357). This design was hand drawn when it was submitted, so the Town used a graphic designer to convert the design into a digital format and make minor tweaks, like add color.

Flag Design #2 description from the designer: The flag represents all characteristics of the town. The railroad tracks are prominently showcased as they are the genesis of the town's foundation. Flowing with the railroad tracks are waves that represent the rivers that are also prominent in Harrisburg's history and current development. From left to right above the railroad tracks and river are representations of a naturally wooded and agricultural area (shown with tree lines, silo, and harvested fields) which were the most common land uses historically. From the farmland it rolls into the residential/suburban characteristics of the town (shown by the outline of homes), which has been growing exponentially over the past decade. Beyond the suburban residential areas is the Harrisburg Town Hall showcased as the most recognizable building in town. Moving further right from the Town Hall is additional natural areas and tree lines, with the skyline of Charlotte in the background. Harrisburg having the small town rural characteristics of rolling farmland, but also the developed residential areas and close proximity to the Charlotte metro area make it one of the most desirable places to live in North Carolina, and I think this flag represents all of those elements.

Thank you to Conder Flag for producing the Town of Harrisburg flag!

Official Statement from Town regarding Town of Harrisburg Flag